The route Berlin-Leipzig for the Train Simulator is a continuation of our well known route Berlin-Wittenberg allowing a continuous route from Berlin to Leipzig which is a very important line. Discover the approx. 195 km of electrified main line from Berlin Hauptbahnhof (main station) to Leipzig Hauptbahnhof. We have also included the branch to the new airport of Berlin-Brandenburg. Sadly this airport has not been opened yet in the real world. Adding to that is a stretch of 18 km of the Berlin S-Bahn including original AI trains and rolling stock as well as parts of the Leipzig Tram network, again with original AI trains and rolling stock.

Today this route is one of the most important train lines in Germany allowing speeds up to 200 km/h. Though being a modern line there are still many traces of the past to the left and right, signal boxes, station buildings, old depots. We have tried to capture this flair in this add-on.

Enjoy the cities and landscapes, beautiful nights and a great big sky above Berlin, Brandenburg, Saxony-Anhalt and Saxony on one of the most important train routes of Germany. 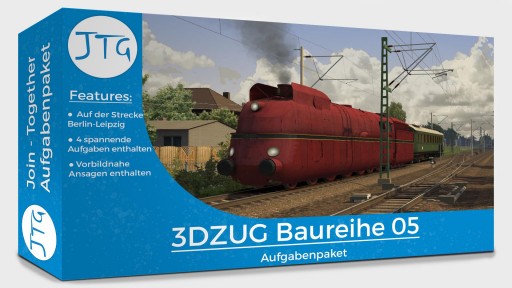 Experience the unique 05 series in this scenario package. In 1935, engineers hit the goal of increa.. 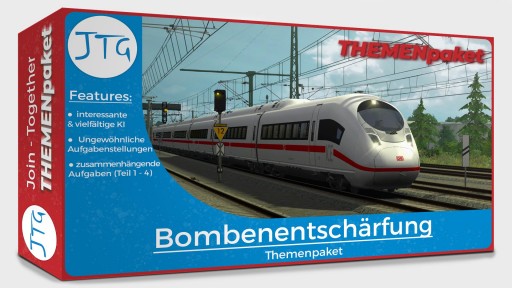